Get out those dusty antennas and attenuators. It's time to start thinking about that new radio direction finding antenna project for the Nor Cal Transmiter Hunters 2018 spring series.

In the first half of 2018, Jeremiah (K6JRN) and myself (KJ6EUO) will be putting on a series of Fox Hunt events. Hunts will be held on the 3rd Saturday of each month and series points can be gained in each event. The team with the highest score at the end will win a sweet prize! 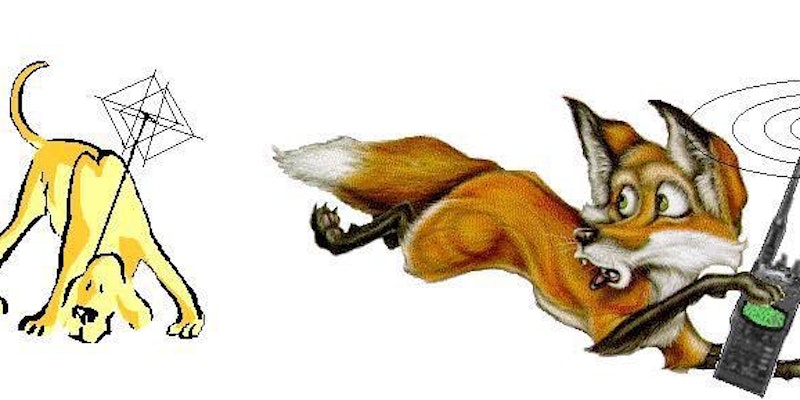 The first Hunt will be held January 20 so get to work on those antennas. There will be more information in the next weeks including instructions for registration.

A bit of info:

Last weekend I lead a small group in 4X4s to a remote beach on the lost coast North of Fort Bragg CA. I had checked the Tide Table a few days before we left and decided that despite the full moon, our normal spot would be all right to camp in. Once we got there though, I remembered another spot further down the beach that I had spotted last year and decided to give it a try. We set up camp late in the day. By 11:00 we were all settled in with a nice fire going but the tide had come in so far it was getting a bit uncomfortable. I could not remember from several days before exactly when high tide was but something about 3:00am kept coming to mind. Another four hours of rising tide would certainly be getting us wet. Nobody wanted to move camp late at night like that but we also didn't want to have waves reaching us.

We came up with the idea of trying to reach someone on radio that could check the tide info online for us. We got on the mobile VHF radios but could not get anyone on the local repeaters. We tried the Marine band CH-16 and could not get anyone to answer our request for assistance. K6JRN had brought along his Icom 706 and a tuner. He had set up my HFp portable antenna for 40m when we first arrived so started called there for a while. We could hear a few stations but could not get them to answer us. With the antenna still tuned for 40m we used the auto tuner and called on 20m with no luck. We retuned the HFp for 20m and continued calling hoping the reduced lose of directly running a resonant antenna would get us the contact we needed. By this time, the biggest waves were coming within only 20 feet or so from the lowest vehicles on the beach. One of the antenna radials was literally in the surf. Finally, around 11:40 we got a response from VK2WDD Jeoff in Australia. After a bit of coaching he was able to look up the tide info for us and reassure us that the tide would be peaked out at 11:53.

There was never any real safety issue. We could have escaped had we needed to, but the information about the tide saved us from having to flee a comfortable setup camp because of uncertainty. I will definitely be more vigilant about bringing tide info with me in the future but on this day Amateur Radio saved the day, or at least a good night's sleep, for us. At about something like 7100 miles, this is by a good margin the longest contact I have made with this antenna and it came at a lucky time.

I don't even know how many "old guys" I have heard on the air bellyaching about how <getoffmylawnvoice>kids these days don't have to learn code. Code is going to die out.</getoffmylawnvoice>.

Here is what I have to say to those that hold that view. SO WHAT? So what if you had to drive 7 hours to take your test? So what if kids these days don't know "The Code". The question is not one of tradition but of cost/benefit. Amateur radio is supposed to be about improving communication and learning new ways to get communication done. It is supposed to be about innovation not tradition. Why or to whom is CW so intrinsically valuable that it should be enshrouded with this mystical, unquestionable place in amateur radio? It is one of many modes. Its value is exactly proportional to its benefits over other modes (substantial as any old ham will attest) weighed with its ease of use and the size of the barrier to entry (substantial as any old ham can attest). If code is useful enough that people continue to learn it without the artificial requirement, despite the barrier, then it will continue to be used and useful. If it turns out that people do not use it or find it valuable enough to take the time to learn, than let it rest in peace. It was a great mode for its day. Anything ells is just nostalgia.

My prediction is that code will continue to be learned and used by new hams for the foreseeable future, and in fact will grow in users as a result of the overall explosion in licensing resultant from dropping the requirement. I predict that CW will prove that it IS a great mode with a number of unique benefits. I believe that it can stand on its own two feet.

The reason I want to learn it is that I want to be able to do more with less. I want to be able to use a simple compact low power transceiver to reach out from a SOTA to a DX, or pick up weak signals with a poor mobile antenna. It is a digital mode without the bulk of a computer. It can work when other modes cannot. I see that it is valuable to me as a way of extending what I can do otherwise and so I embark on the journey of learning ye old Morse Code.

When the cat is away... Saturday Kelly and Ollie were out of town so Roko and I were looking for something fun and productive to do. We had plans to go to the Lincoln Swap but we were not early birds and the reports coming from those that were there (KE6GLA and K6JRN) were that it may not be worth the long drive. Anyway... Long story short we decided to have lunch in town with Jeremiah at one of my favorite BBQ places Hog Wild. Lunch conversation turned to my pathetic lack of a decent HF antenna so Jeremiah agreed to help me get out of my own way and get some wire in the air. We got both the 2m/70cm Jpole up and a 150 foot, ladder line fed, random length dipole. It looks like a ham lives here now. I don't have enough experience to say that the dipole works well, but it sure blows the portable vertical out of the water. Big thanks to Jeremiah for his help. By Saturday night, I was having no trouble breaking through the little pileups the route 66 special event guys were creating.

I picked up the greatest accessory in Ham radio. Now I can talk to my favorite person with my favorite hobby. Kelly did me proud. Despite the fact that she claims to have encountered a number of questions she had not seen, she missed only 3 to easily pass and qualify for her technician class license, and now holds KJ6YSI. She studied quite diligently for several weeks and deserves a pat on the back for this accomplishment. Despite no particular technical background (beyond putting up with me for the last 8 years) she can now tell you the units of measure for the basic electrical characteristics, explain the FCC rules as they pertain to ham radio, or engage in conversation about antenna theory. What a woman!


Field day was great this year. Despite unseasonably cold and even a bit of rain, I had a great time. Having a bit more gear this year than last I was able to set up for HF and work digital. I had everything I needed to get it on the air but in the past I had only been able to get the receiving side working. I set up with Jeremiah K6JRN. Jeremiah is kind of new to digital as well but had it working. Between the two of us we got both his and my set up on the air though we were sharing an antenna.

Above is my first HF radio. It's a very nice example of a Kenwood TS-450 SAT that I picked up from a fellow in the local club. I don't have a good antenna for it yet but I connected it up to a 102" stainless whip clamped to my jeeps safari rack the other night just to see what I could hear and low and behold. I hear a Brazilian station calling CQ. I could also hear stations from Japan, New Zealand and Russia answer the CQ, so even with a very poor antenna she has good ears. I didn't bother trying to reply as I figure the antenna was so bad and also I am still learning as I go with the new radio but it was fun to hear such distant stations.

I made this up for a thread on an online form where I thought it would help people 'see' rolls different services can play.

Click image to download source .xlsx file. Feel free to use it if you find it helpful. A back link or credit would be appropriate.